Home>Arts and Entertainment >Papersky from Nagaland kicks off NE tour 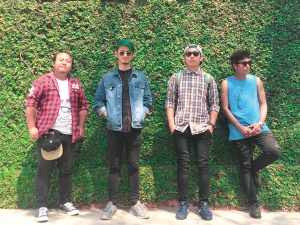 Papersky, an indie grunge rock band from Dimapur, has kicked started their debut Northeast tour at Symphony Café in Kohima on Sep. 7.

Formed in the year 2013 as a three-member band, Papersky has launched a comeback tour with a new addition to the band.

The band comprises of Jongma H Ungh on vocals  and guitar, Augustine Eliem on bass, Yanger Jamir on drums and the recently inducted Nourhevilie Khate on the guitars.

After being named as the “Most Promising band” during the International Hornbill Rock Contest 2014, the band has earned a roster of awards. The band was declared as the winner of the first Battle of the Bands Nagaland in the year 2014 and emerged as the 2nd runners up at Zero Rock contest in the year 2014.

As mentioned in indihut, the band has also performed in shows like Nirvana tribute Concert’14, World Music Day and Tech Aura.

As informed in the official Facebook page of the band, the mini comeback tour will end on Sep. 20 in Dimapur at the Dimapur Music Festival.

Prev PostRabbit Rearing for a Sustainable Livelihood
Next PostNagaland: Two-day Tribal Vaganza in Dimapur from Sep. 13