Home>Arts and Entertainment >‘Face/Off’ reboot in the works

‘Face/Off’ reboot in the works 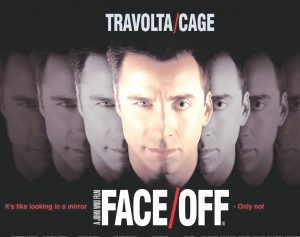 “Face/Off”, the high-concept action film, featuring Nicolas Cage and John Travolta, is getting a reboot at Paramount Pictures.

“22 Jump Street” screenwriter Oren Uzie has been roped in by the studio to pen the film, reported Deadline.

No actors or director are attached with the project.

When Troy boards a plane in Los Angeles that crashes and is severely injured, Archer undergoes surgery to remove his face and replace it with Troy’s in order to go undercover as the criminal. In a twist, Troy then awakes from a coma and forces the doctor who performed the surgery give him Archer’s face.

Neal Moritz is producing the project for Paramount with David Permut serving as executive producer.

Sterling K Brown tears up after finding his ancestors were slaves

Reese Witherspoon gets another surprise delivery from Beyonce